Matthew Hedges says he was ‘psychologically tortured’ by the UAE [VIDEO] 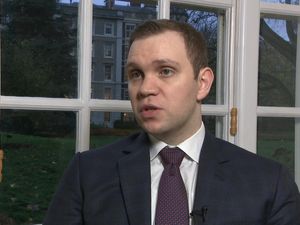 Matthew Hedges said he was threatened with physical violence and "psychologically tortured" during his six months in detention.

He also revealed he had done consultancy work for the UAE in the past, and was one of the authors of a national security strategy for the country.

He said: "So on one hand I was getting paid by the UAE to undertake this, yet a few years later I was arrested for doing something very similar."

When he pointed this out to his interrogators, he said they were "confused and thought MI6 had infiltrated this process somehow and were trying to dictate their security strategy".

In reply, he told them they had got the "wrong end of the stick".

He also mentioned that his wife was a Colombian national, to which his questioners replied: "Well how can you be in MI6 and have a foreign wife?"

He said he "just sat there with my mouth open, thinking, that’s kind of the point here".

Mr Hedges was arrested at Dubai Airport on 5 May. Last month he was given a life sentence after the UAE released a video of him purportedly confessing to being a member of MI6.

He told Sky News he confessed "for the sole reason that I was under severe duress", and "felt I couldn’t take it anymore".

Asked if he was spying for anyone, he said: "No, not in the slightest."

Now back in the UK after being pardoned, he said the UAE should face "repercussions" for the way it had treated him.

Asked what may have made the authorities there interested in him, he said: "Paranoia – to a degree."

He added: "I still honestly don’t know. And looking back on it, many people don’t know. It is confusing.

"The evidence put against me was unclear, it was unjustified, and to many people it’s not laughable but it’s weak."

He added: "They used my masters dissertation from eight, nine years ago against me, they used part of my PhD thesis which is completely sourced, as any academic work would be, so I really don’t understand, I really don’t know what’s happened."

The line of questioning used against him "wasn’t singular", but on "multiple avenues, all of which I could answer".

Once in court, a lawyer he had met only once before "successfully had the charges reduced from holding secretive information, to holding sensitive information", he explained, adding: "So even the courts acknowledged that was the case."

His objective now is to clear his name. A crowdfunding page has been set up to "help cover at least some of the legal costs".

Mr Hedges has previously said his interrogators asked him to become a double agent and steal information from the Foreign Office.

He chose to spend 23 hours a day in darkness because the fluorescent light bulbs in his cell caused migraines, he told The Times.

The 31-year-old also said he was forced to stand for whole days in ankle cuffs and was interrogated for up to 15 hours at a time, having panic attacks for two or three days in a row.

He returned to the UK last week thanks to a successful campaign by his wife Daniela Tejada for the UK government to intervene, which saw Foreign Secretary Jeremy Hunt help secure a presidential pardon.

(c) Sky News 2018: Matthew Hedges says he was ‘psychologically tortured’ by the UAE