Non-Stop HitMix with Taste Of Your Tears by King 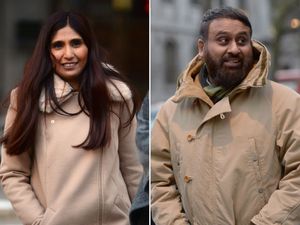 In a landmark ruling, the panel decided that Nasreen Akhter and Mohammed Shabaz Khan’s Islamic marriage ceremony, which had taken place in a London restaurant, had "no legal effect".

Ms Akhter had filed for a divorce after their relationship broke down in 2016, but the ruling means that she cannot claim money or property from Mr Khan in the same way a legally married spouse would.

The pair have four children together and had intended to follow up the marriage ceremony with a civil marriage under English law.

But despite Ms Akhter raising the issue on a number of occasions, the couple never went through with it.

Pragna Patel, director at campaign group Southall Black Sisters, said: "Today’s judgment will force Muslim and other women to turn to Sharia ‘courts’ that already cause significant harm to women and children for remedies because they are now locked out of the civil justice system.

"What we are seeing is the outsourcing of justice on family matters to unaccountable and fundamentalist-inspired community-based systems of religious arbitration."

Ms Akhter first brought proceedings to the High Court in November 2016, and the court had ruled in her favour.

She was granted a "decree of nullity" and the couple later reached a financial settlement.

But the case was referred to the Court of Appeal by the attorney general and the original ruling was overturned.

Master of the Rolls Sir Terence Etherton, who considered the case with two other judges, said the Islamic marriage ceremony did not qualify as valid.

Announcing the court’s decision, he said: "The parties were not marrying under the provisions of English law.

"The ceremony was not performed in a registered building. Moreover, no notice had been given to the superintendent registrar, no certificates had been issued, and no registrar or authorised person was present at the ceremony.

"Further, the parties knew that the ceremony had no legal effect and that they would need to undertake another ceremony that did comply with the relevant requirements in order to be validly married."